Protection of the Environment Award

“The White-breasted Sea-eagle has landed” 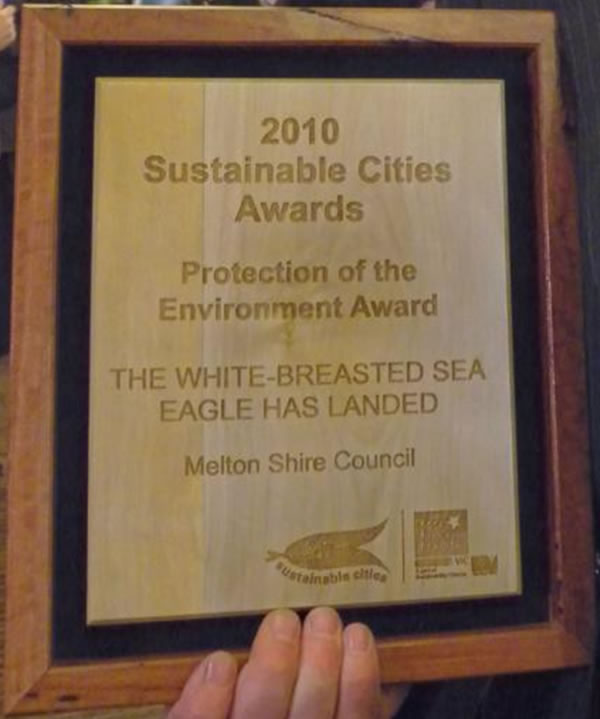 As part of their work the group protected the nest of a pair of sea eagles in Pinkerton Forest. The pair successfully reared two fledglings, and the event was photographed and displayed at meeting attended by local bird enthusiasts.” 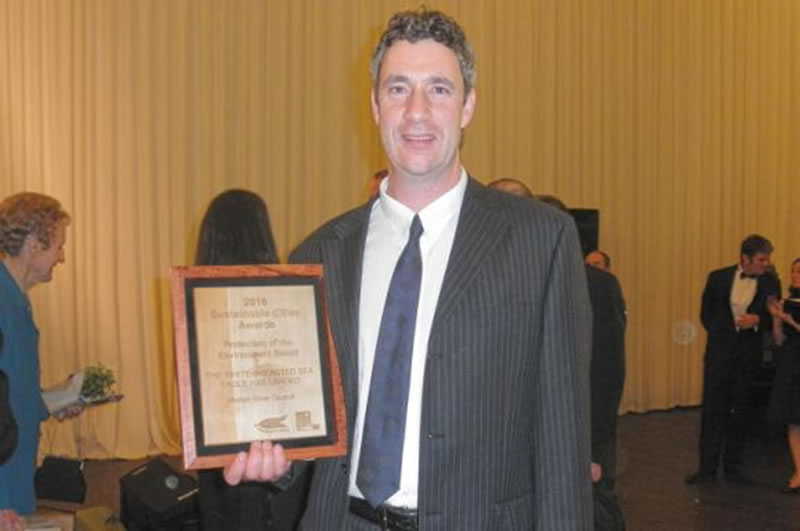 This award also celebrates Western Water (the owner of Pinkerton Forest) for its foresight in recognising the unique character of Pinkerton Forest and its commitment of considerable resources and funding toward its protection. Western Water (and especially Environmental Engineer William Rajendram and Environmental Officer Tim Hatt) is to be congratulated for its contribution to protecting this unique woodland and other areas of our local natural environment.